I couldn’t leave Pitlochry without visiting the bookshops there.  In fact, I doubt if I’ve ever been on holiday without buying a book!

My first stop was the Station Bookshop – opening off the main platform at the railway station.  This was a lovely little warren of a shop with a huge mixture of titles.  It is a charity bookshop so the books are donated but it had a great range and I found several books I wanted to buy – including a box set of PG Wodehouse which I would have loved but getting it home would have been tricky. 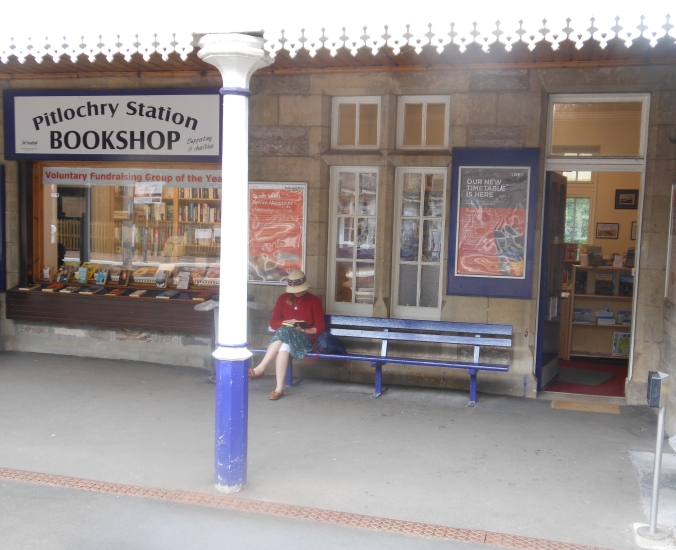 In the end, I picked two lovely, old editions of Walter Scott – The Abbot and Kenilworth. They were both inscribed to the same person, although they were given by different people.  I thought them a perfect souvenir of my trip.

I also visited Priory Books.  I had been hoping to find an easy history of the Jacobite rebellions but everything was either very detailed or too simple.  In the end I spied something entirely different – Fiesta for Wild One, a book in the Kit Hunter series by Peter Grey which I love.

The tourist information office supplied me with a basic children’s history of Scotland which I found to have the perfect level of information for me.  Then a few days later we made a brief stop in Aviemore and the Waterstones there had Jacobite Stories by Dane Love which was even better.  I read it all the way home!

I have carried Waverley around Scotland with me on two previous occassions without reading a word of it. I had the best of intentions but somehow I always wanted to read a different book which would be easier – who wants to work on holiday?

This time though, I was determined. Scotland was clearly the place to read it so read it I would. I made sure I wasn’t partway through any other books and started Waverley on the very first train. Within a few pages I knew that it was not going to be hard work after all. 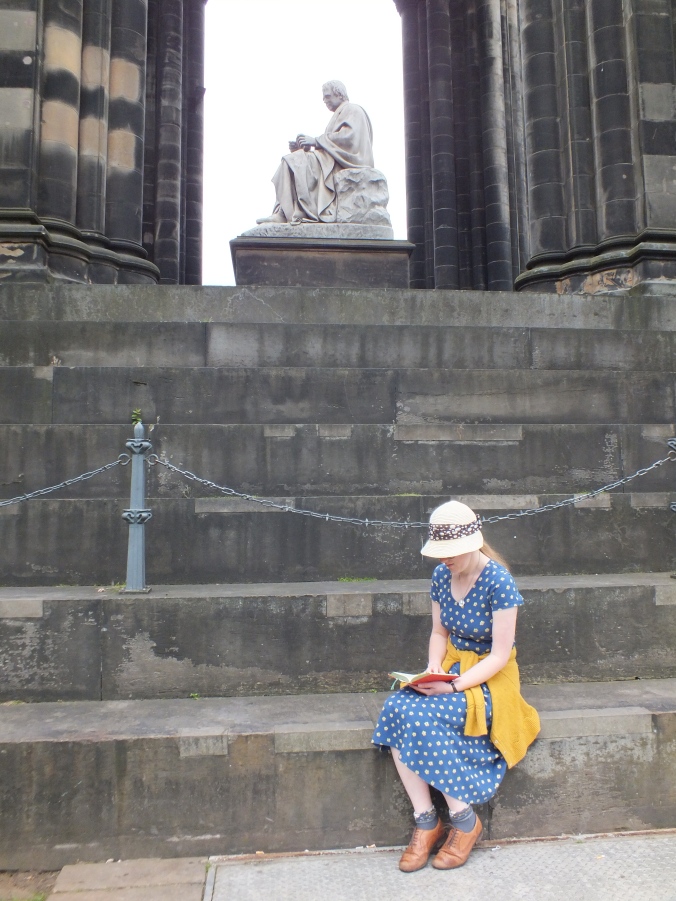 Of course, I had to read it by the Scott Monument!

The only other Scott book I had read was Ivanhoe many years ago. I remember enjoying it but not much else and I had got it into my head that he would be difficult and rather slow reading. Instead, I was swept along by the story and I absolutely loved it.

I also found that it was genuinely funny. Who can resist a line like this in the last chapter?

This should have been a prefatory chapter, but for two reasons: First, that most novel-readers, as my own conscience reminds me, are apt to be guilty of the sin of omission respecting that same matter of prefaces.

I so rarely read prefaces!

I am sorry I never read the book before but very glad I finally took the time to do so. Reading it in Perthshire was especially wonderful – a good deal of the book is set there so I could really picture it coming to life. It was perfect!

The main reason for my Scotland trip was to stay in Pitlochry for the festival theatre there.  I love going to the theatre but – at least locally – we don’t seem to get many proper plays so I was very much looking forward to my trip.

The theatre famously states that you can, ‘Stay six days, see six plays.’  We were a little early in the season for that but I still had a choice of four.  I decided against The Crucible as it traumatised me when I had to study it at school.  Watching Jo March (Winona Ryder) playing Abigail Williams in the film was just too disturbing for me!

The theatre has the best views

That still left me with a choice of three shows though.  The first I went to see was Blonde Bombshells of 1943, which tells the story of Betty – a band leader whose band has landed a BBC performance just when she has lost half her players.  The auditions and rehearsals were so entertaining and it was a great show.  I especially enjoyed the performance of Tilly-Mae Millbrook who played Miranda.

Next I saw Blithe Spirit – a story I know very well as I have seen the film several times.  This was my favourite of the week  – a real classic play.  I loved Eddie – played by David Rankine – a different take on the maid character.

Finally, I went to see Summer Holiday which was of course a lot of fun.  It was a bit too noisy for me but that is the case for any musical.  I enjoyed myself but it reinforced something which really I already knew – for me, plays are the thing.

I’ve never had the opportunity to see repertory theatre before and I loved being able to watch the same people play different characters through the week.  They really did change, which just shows what great actors they are.

I had the best time – a whole week immersed in stories was just wonderful.  I do so enjoy the theatre and I must make the effort to get to more plays – even if I have to travel a bit further to get there. 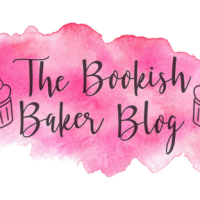 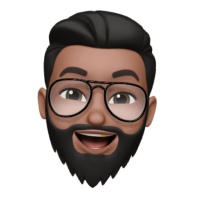 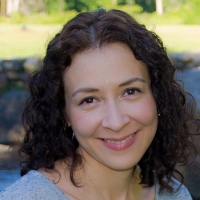